ACADEMIC DECATHLON
The Academic Decathlon program has been around for many years, though Northgate’s team goes some years without participating officially. Students go head-to-head with kids from all over the East Bay in speech and content-area test taking. In   addition to tests in science, math, literature, and social studies, each year’s competition has a theme that students must study and learn about. Academic Decathlon is for those who want a challenge and like to be part of a team; it is for kids with varying GPA (in fact, students who are bright and like to learn, but for whatever reason haven’t earned the best grades, are extremely important to the team – we are always looking for students with 2.0 – 2.9 GPAs). 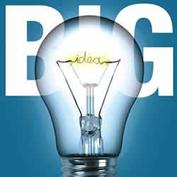 BIG IDEAS FORUM
What is the BIG IDEAS FORUM? It's a group of smart and curious students and staff members who meet once per quarter to discuss and debate big ideas that impact the world. Some past forums included discussions on health care, immigration, social programs, gay marriage, and abortion. The BIG IDEAS FORUMS are usually held in the lecture hall during study session and lunch and are often worth extra credit points for students who attend. If you are curious about current events, like to debate hot topics, want to learn more about social issues, desire to be more informed, or have an urge to make a difference, you should attend the BIG IDEAS FORUMS. For more information or to help set up a forum, please talk to Mr. Spoden, the creator and founder and superstar of the BIG IDEAS FORUMS. 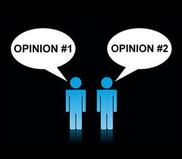 DEBATE TEAM
The esteemed philosopher and professor, Karl Popper once said, "I may be wrong and you may be right and, by an effort, we may get nearer the truth."  Debate is a formal contest of argumentation between two teams or individuals. More broadly, and more importantly, debate is an essential tool for developing and maintaining democracy and open societies. More than a mere verbal or performance skill, debate embodies the ideals of reasoned argument, tolerance for divergent points of view and rigorous self-examination. Debate is, above all, a way for those who hold opposing views to discuss controversial issues without descending to insult, emotional appeals or personal bias. A key trademark of debate is that it rarely ends in agreement, but rather allows for a robust analysis of the question at hand. Perhaps this is what French philosopher Joseph Joubert meant when he said: “It is better to debate a question without settling it, than to settle a question without debating it.”

JUNIOR STATE OF AMERICA
Junior State of America (JSA) is a nationwide program, with an active northern California component. Students from high schools all over the Bay Area get together at JSA conferences to discuss and debate current issues. Northgate’s JSA chapter has been very active for the past ten years. Two years ago, it was voted Northern California’s best chapter, and our students frequently hold important leadership positions. Students run JSA, with faculty advisers playing a fairly minor role in club activities. In addition to attending the NorCal conferences, the group also sponsors discussions and debates on campus.

MOCK TRIAL
Northgate has a thriving mock trial team, coached by teachers Ryan Boyd and Jon Burchett, and local attorney Mark Peterson. Students are given a trial scenario at the beginning of the season, and after much preparation, play the roles of attorneys and witnesses before actual judges. Our defense and prosecution teams go up against those from other high schools, and if successful, can move on to the regional and statewide competition. Two years ago, our team finished 5th in the state and one of our students was acknowledged as the best defense attorney in the competition. Since there are limited spaces on the team, students wishing to participate must try out.

MODEL UNITED NATIONS
Model United Nations (MUN) is a very popular program at Northgate, with MUN conferences being held at the local, regional, state, and national levels. Some conferences, such as the UC Berkeley MUN, are even internationally known, drawing students from all over the world. At these conferences, students role-play U.N. delegates representing different countries. They research  their country, its foreign policy, and its stand on issues that will be discussed in committee; these issues are varied, ranging from environmental problems to human rights concerns to global conflict. In committee, delegates discuss, debate, and negotiate, while writing and rewriting the resolutions that determine U.N. action.
Northgate Students Shine at National Model UN (3/13/2013)

MYVOTE CALIFORNIA STUDENT MOCK ELECTION
Young people have the potential to be a powerful force in elections, but only if they get involved and make voting a habit. To encourage students to become active voters once they are old enough to cast a ballot, Secretary of State Debra Bowen and Superintendent of Public Instruction Tom Torlakson are inviting high school and middle school students, teachers and principals to participate in the MyVote California Student Mock Election, which takes place on Tuesday, October 28, 2014, just one week before California's November 4 General Election.
Past Mock Election Results from California Schools
Powered by